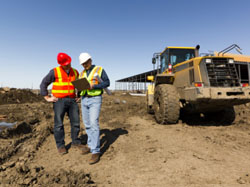 We have specialised experience in various areas of the law affecting the resources, energy and infrastructure sectors including: